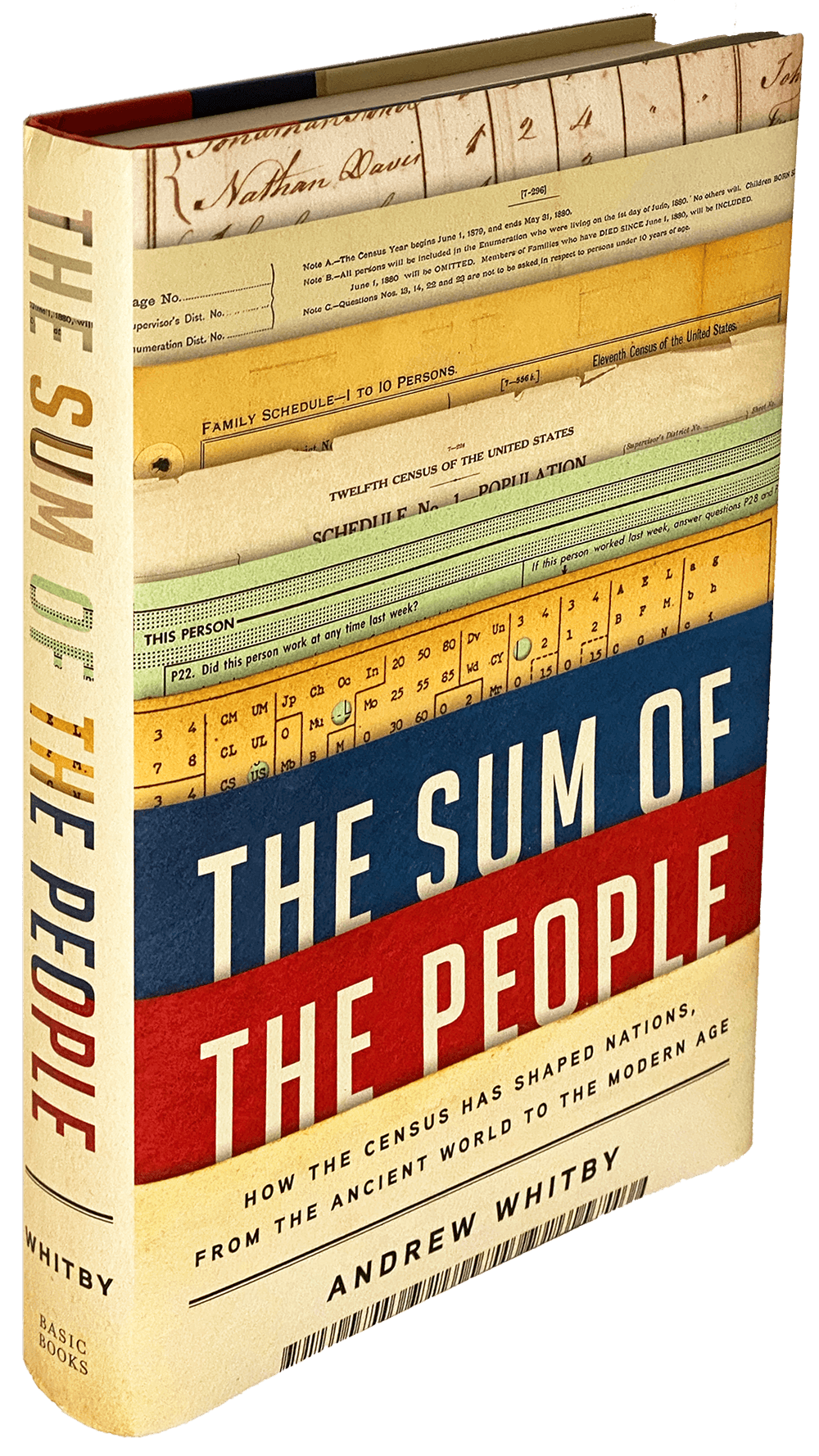 The fascinating three-thousand-year history of the census, revealing why the true boundaries of today’s nations aren’t lines on a map, but columns in a census tabulation.

“A lively and enlightening history of the census… an entertaining and informative story, more about society than statistics.”

— David Spiegelhalter,
author of The Art of Statistics

In April 2020, the United States will embark on what has been called “the largest peacetime mobilization in American history”: the decennial population census. It is part of a tradition of counting people that goes back at least three millennia and now spans the globe.

In The Sum of the People, data scientist Andrew Whitby traces the remarkable history of the census, from ancient China and the Roman Empire, through revolutionary America and Nazi-occupied Europe, to the steps of the Supreme Court.

Marvels of democracy, instruments of exclusion, and, at worst, tools of tyranny and genocide, censuses have always profoundly shaped the societies we’ve built. Today, as we struggle to resist the creep of mass surveillance, the traditional census—direct and transparent—may offer the seeds of an alternative.

“When we hear census, we think of numbers and statistics. But Andrew Whitby shows that the history of the census is an amazingly fascinating and illuminating story, and in The Sum of the People, he tells that story eloquently and persuasively. A real page-turner!”

“In The Sum of the People, Andrew Whitby tells a gripping tale of humanity, civilization, and power. If you never imagined that a book about the census and the statisticians who conduct it could be a page-turner, think again. At a time when the need for the census is being challenged amid a tide of online big data, this book is also a deeply thought-provoking read.”

— Diane Coyle, author of GDP: A Brief but Affectionate History
and Bennett Professor of Public Policy, University of Cambridge

“This is a wonderful book. The history of the census may not at first appear to be a particularly hot topic, but Andrew Whitby’s vigorous style, fine story-telling, and detailed knowledge combine to form a riveting narrative. Who would have thought that simply counting people could be such a deeply contested issue?”

— David Spiegelhalter, author of The Art of Statistics

Andrew Whitby is an economist and data scientist with a PhD in econometrics from the University of Oxford. Most recently, he worked in the development data group of the World Bank, where he was coeditor of the Atlas of the Sustainable Development Goals. He lives in Brooklyn.

For queries regarding rights please contact my agent, Lisa Adams at the Garamond Agency.